It’s that time of year when New Year’s Resolutions are being tested – maybe you made one or more of them on New Year’s Eve or New Year’s Day or maybe you got in early and did some reflecting over the Christmas break. Either way, if you’ve made any sort of resolution, you’re likely in the company of about 50% of the population.

So what’s going on here? Why are resolutions (and perhaps especially those made at New Year) so hard to achieve? I think there are two factors which probably account for most of the struggle people experience.

The first is to do with habits and habit formation in humans. This is a complex area of study that involves reward systems in the brain that serve to strengthen particular behaviours and the habit loop, a conceptual way of understanding habits. I’ll come back to the habit loop shortly.

A useful analogy for habit formation and habit maintenance is a dirt road. Let’s do a thought experiment. Imagine that you’re driving along a sealed road and you turn off on to a dirt road that many, many cars have driven over before. What does it look like? Most likely it has two long ruts which stretch out ahead of you where the wheels of all the preceding cars have rolled. These ruts are smooth and almost “etched” into the earth. Between them is likely an area that’s a little more mounded, and maybe even has some grass or small rocks. On the outside of each of the ruts is another area that likely looks similar to the centre. So…you’ve turned on to this road. What happens if you take your hands of the steering wheel? Well, probably not much – the car will continue along the same path, most likely following the deep ruts already formed by all the cars that went before.

And this is essentially how a habit gets stuck for us. The more a behaviour is repeated (cars driving along the road), the more deeply embedded that behaviour becomes in our brains (the deepening of the ruts). Electrochemical neural pathways are strengthened each time we repeat the same behaviour and each subsequent occurrence of the behaviour comes more easily. The more we do it, the easier it is to do and the less we think about it or even have to think about it. Reflect for a moment on driving a car – if you’ve been doing that for more than a couple of years, I’m certain you don’t consciously think about what you’re doing.

But let’s finish the thought experiment – if you want to drive on the mounded part of the dirt road, say the centre and left sections or the centre and right sections, can you do it and if so, what do you have to do? If you answered “yes you can” and you have to hold the steering wheel firmly and watch where you’re going so that you can make small corrections along the way, you’re right! And this reflects almost exactly what we have to do when we want to form a new habit – decide on the behaviour, put it into practice and then monitor it closely, making small corrections along the way to ensure we stay on track.

Habit loops and how they work

This where an understanding of habit loops that I mentioned earlier is really useful. A habit loop links three things – the behaviour we’re doing, a trigger or cue to start it and a reward for doing it. So if you’ve had a really frustrating day at work, or maybe you’ve even had a disagreement or argument with someone, you come home feeling stirred up – there’s the trigger or cue – an upset emotional state. You’ll then likely do something – for some people it’s eating for example. So maybe you eat some chocolate, or a bag of chips, or some ice cream (the behaviour). Or maybe you drink alcohol or soft drink, or maybe you smoke. They’re all behaviours. Afterwards you somehow feel comforted – whatever was really upsetting you doesn’t seem so big now. There’s the reward.

But habit loops don’t have to have unhealthy outcomes, even or a trigger or cue that we think is negative. For example, you may have discovered that running for half an hour clears your mind, or walking the dog, or watering your garden. They’re all behaviours and they can all still lead to that same sense of quiet, calm and comfort – the reward.

What about those NY resolutions?

If you want to make a change to one or more habits in your life, then first thing I’m going to say is “Go you!” If you’ve reached this point, it’s likely you’ve come to the conclusion that the combined downsides and upsides of changing are better for you than they are for keeping on doing what you’ve been doing.

The next thing for you to do is to identify what the triggers or cues are that lead you to this behaviour and what are the rewards you get for engaging in the behaviour. If you’ve done this, you now have two powerful ways of thinking about how to change that habit – the first is to identify a behaviour that you’d prefer to be doing. The second is to think about what else you might be able to do to minimise the likelihood that the cues or triggers will send you down the rabbit hole. This isn’t always possible – everyone has bad days at work, or arguments with partners but sometimes the cues are of our own making. For example, do you walk down the chocolate aisle at the supermarket, even when you’ve already decided you don’t want to buy any? If you want to supercharge your resolution, skip that aisle when you’re shopping – that way, you’ve removed the (visual) cue.

But to complete the new habit loop, you’ll also need to identify some triggers or cues that you can put in place that will help you make a regular practice of your preferred behaviour. For example, if you decide you want to do some exercise before work in the morning, you might lay out all your clothes the night before – that way they’re waiting for you in the morning. If you want to eat more vegetables through the day, then putting them in your fridge where you’ll see them as you open the door may help.

In general, smart phones are a great way to help you with cues and triggers – instead of simply deciding you’ll walk every afternoon, set up a reminder in your phone and make sure you set an alert so it “dings” at you – now you have an external cue to help you as well.

Is it all about resolutions?

Resolutions are typically about changing habits and behaviours and most of the behaviours that people decide they want to do more of are great choices – eat healthier, exercise more, go to bed earlier and so on. But is it all about just doing something different? In a word, No. And it’s the focus only on behavioural change that I think is one of the major contributors to people struggling to keep going with resolutions. As humans, we find it easier to engage in habits that have personal meaning and value for us.

Doing something different has a relatively short term focus – and we often try to make “goals” out of our behaviours. But what we often refer to as goals, are actually strategies for something bigger. Is eating well a goal? Well – I think it’s a strategy – the goal might be to improve your cholesterol score or lose some weight or gain some muscle. Is exercise a goal? Same answer I think.

But then are goals even the whole story? A goal is really a stepping stone towards a vision. A vision tells you what you want yourself and your life to look like in 6 months or a year or five years. And it’s clear visions that underpin lasting behavioural change – a vision gives you the “Why?” of a new behaviour. As an analogy, you might decide to spend six weeks travelling overseas next year. To do that, you’ll need to make some goals – save money for example, and then you’ll need strategies. Your strategy might be to deposit money into a savings account you can’t easily withdraw from as soon as your pay hits your account. Each time you do this, you can remind yourself that what comes at the end of it all is the six week adventure you’ve been dreaming of. But if you simply start putting money in an account with no vision or “why?” behind it, then pretty soon you’ll either stop because there’s something more short term you want to do, or you’ll withdraw the money you’ve saved and spend it. Or both.

So if you want to maximise the likelihood that you’ll keep going with a changed behaviour, make sure it connects to a “Why?” that has some meaning and value for you. Here’s some questions you can reflect on to help you start to shape that vision for yourself:

What really matters to me in life? What are my personal values?

Imagine yourself three years from now.

What am I doing? Who is in my life? What health habits do I have?

What gives me joy? What do people say about me?

These are the sorts of questions that will help you to create for yourself a compelling vision that has meaning for you and will then help you decide what old habits you want to lose and what new habits you want to make. If you’ve started the new year with resolutions but no vision, it’s not too late to go back and create a vision (and modify your resolutions if you need to). And if you’ve kicked off the year without any thoughts for personal change, that’s okay too – when you decide you want to, remember to start with a vision!

Writing exclusively for MindRazr, Simon is the CEO Of Wellcoaches® Australia, an AHPRA Registered Psychologist, Board Certified Lifestyle Medicine Professional and Fellow of the Australasian Society of Lifestyle Medicine. He’s also a Fitness Trainer and Nutritionist. 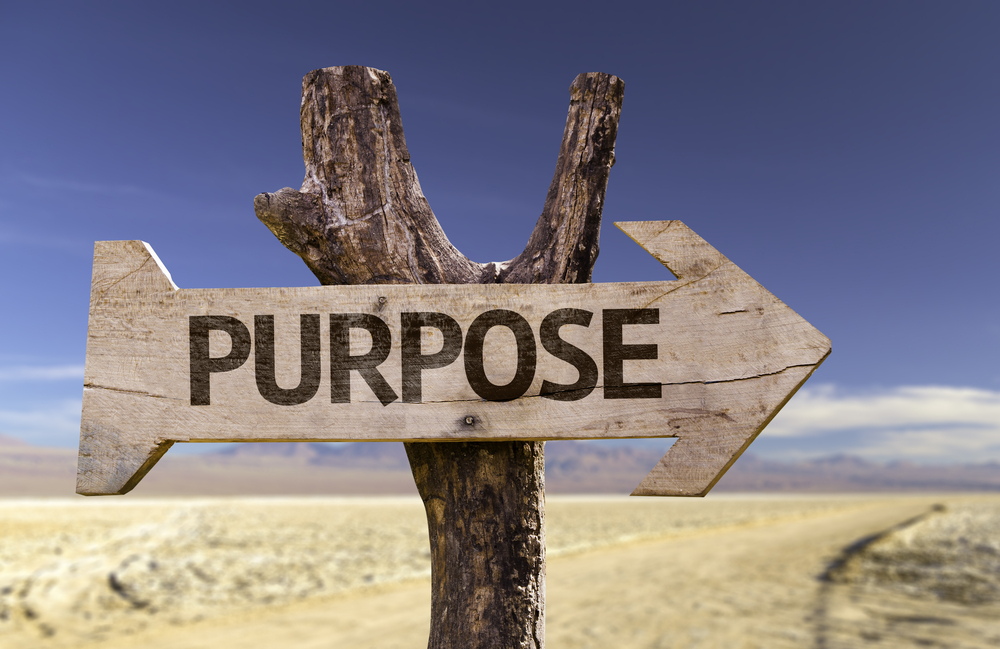 Finding Your “Why?” - The Value of Meaning and Purpose